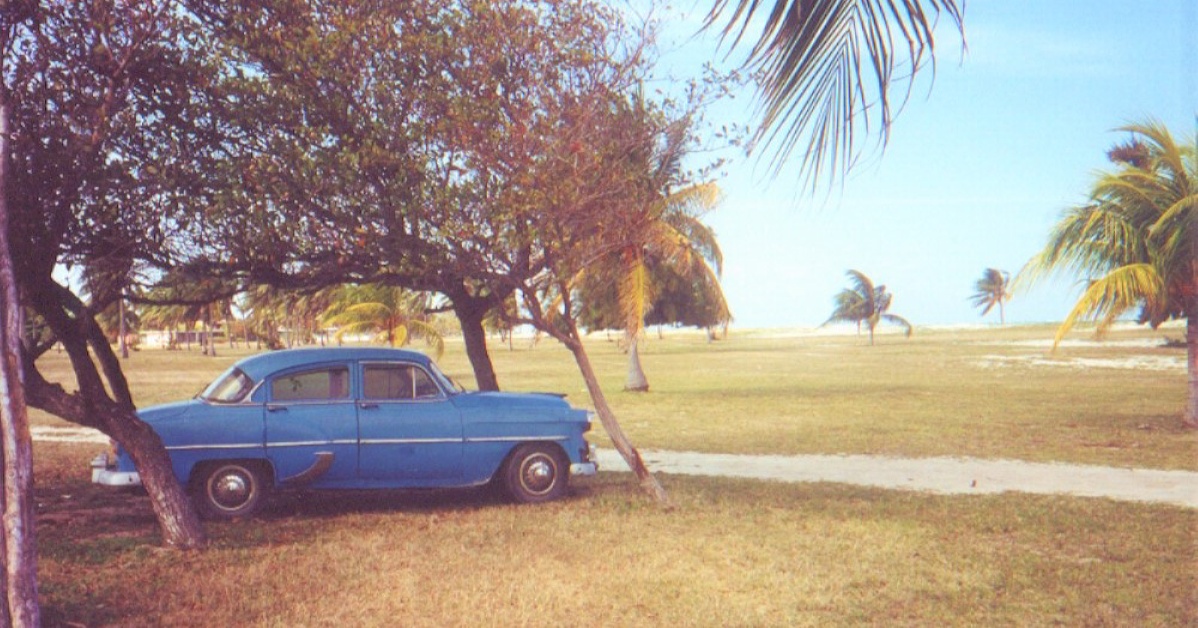 When I visited Cuba 2 decades ago, I was with a bunch of friends. We had booked a hotel package at the coast. Drinks and food included. A perfect getaway. It was never my intention to do much sightseeing, but as I cannot sit still for more than a day, I started exploring my surroundings pretty soon after we arrived. This is not a comprehensive travel guide. Rather, it is just me reminiscing my first experience on the Caribbean island of Cuba as a very young and inexperienced traveler. It is also where I discovered the true meaning of Cuba Libre.


Yes, I am well aware that Fidel Castro is no longer in power in Cuba and that he is no longer amongst the living . Even his Brother Raul has given up the highest post by now. I made this trip many years ago but I wanted to share some of the fond memories I have of my holiday on Cuba. I am sure much has changed since then. Although I am pretty confident they are still pouring Cuba Libre. 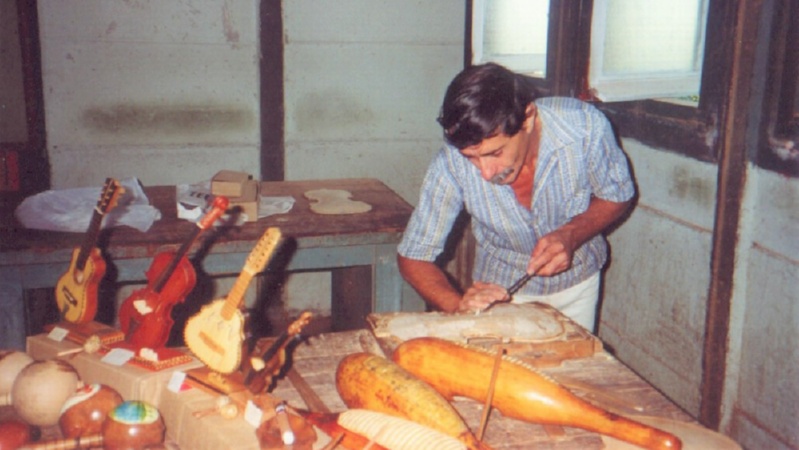 A violin maker near Camaguey, Cuba

Cuba for tourists: a different kind of Cuba

When I visited the island in 2002, most of the tourists on Cuba were Europeans and Canadians. Visitors from the USA were banned at the time, due to the embargo between Cuba and the USA. Most of them visited Havana, which I did not have a chance to do, and the beaches of their all-inclusive resorts, but not much else.

I shamefully admit that is exactly what I did. It is a great way to unwind in a tropical location, with great beaches and local food at hand.

The food in my hotel though was mostly catered to Western tourists. Burgers and fries were the norm, especially at the poolside restaurant. Not much 'authentic' Cuban food was on offer, I'm afraid. The most 'Cuban' item on the menu was a Cuba Libre. But more about that later.

The beaches at the resort were spectacular. Beautiful sandy golden beaches and a bar at the end of a jetty. The sea a lovely turquoise color. It doesn't get much better than this. And no vendors trying to sell you some crap you don't need.

For those tourists desperate for some 'culture', the hotel would organize day trips to local attractions. I joined one of their tours, a bus trip to Camaguey with various stops along the way. To my surprise and relief, they were not the kinds of stops where they try to sell you carpets, golden jewelry, or tailored jackets, but genuine stops at places of interest. Unfortunately, it was still a version of Cuba for tourists that was presented to us. The polished version as it were. 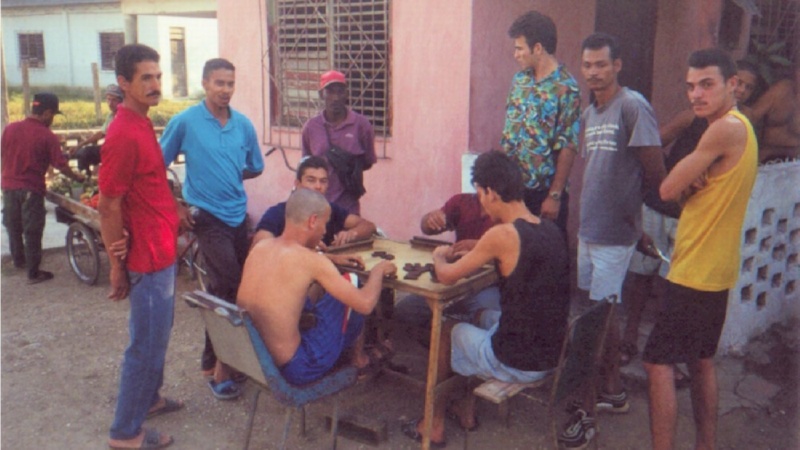 When I arrived at the airport in Ciego de Avilla a bus was waiting to take me to the hotel in Playa Santa Lucia, on the North Coast. I immediately noticed a few things:

Local people who needed to go somewhere would basically get on passing trucks or any kind of transportation that came along. They seemed to know where they were going. For me, as an outsider is was both baffling as well as fascinating.

Cuba did actually have a good train network though. Unfortunately I never got the chance to use it. Nowadays, trains run efficiently. They are mostly Chinese-made and comfortable. On top of that, tickets are 'cheap'. A ride from Havana to Guantanamo barely costs US$4. (Notice I say cheap, but US$4 is actually 4% of the monthly wage (US$87) for an average Cuban today. In 2019 the living wage was only US$16.)


For shorter trips and explorations close to the hotel, I rented a scooter at the hotel. It was a perfect way to get around and see the local sights. 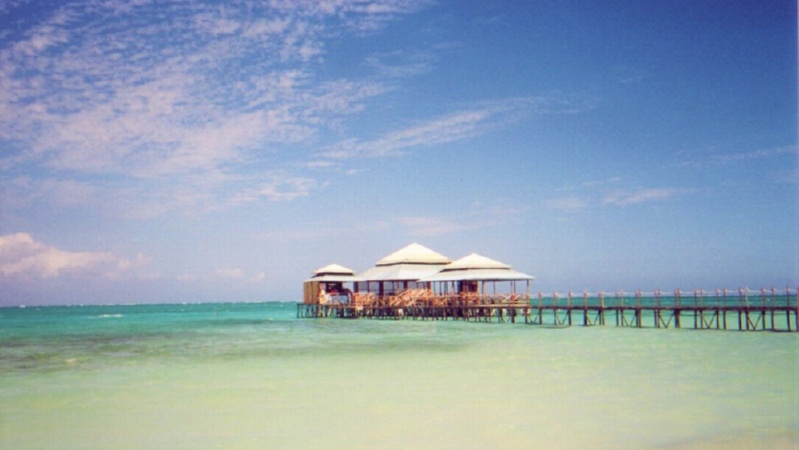 The most well-known export product of Cuba is the cigar. Although I don't smoke and am not particularly interested in cigars I decided to check out how they are produced. The leaves were grown in large fields, which were covered with netting. After the leaves were harvested, they were put to dry in enormous barns, with drying racks as far as the eye can see. I saw only women working there in very harsh conditions. It was incredibly hot and humid, at least for someone who is used to moderate Western European climates. The actual rolling of the leaves was done somewhere else, not on the plantation I visited.

At a workshop along the way, a craftsman showed us his expertise in manufacturing string instruments. He had various instruments to showcase. I don't exactly know what type of instrument they were, but they looked like guitars, mandolins, and violins. Everything was done by hand, of course, there were no electric tools in sight.

We did make another stop, but it is not one I fondly look back on now. It was a crocodile 'farm' where these 'wild' animals were raised for their hides. I found it interesting at that time, as I was not vegan yet. Now that I look back at the photos, it sickens me. Please leave these fascinating animals alone!

Cuba is also a major exporter of sugar cane. We stopped near a plantation and factory where they turned the cane into sugar. I actually tried to enter the facility but was shooed away by security. Apparently, sugar cane facilities are top secret in Cuba!


One of the most popular drinks at our hotel was a Cuba Libre. It is a cocktail made with rum and cola. It can be as much as about 50% of rum. If you ask the bartender nicely. 😉 The way to order a Cuba Libre on Cuba, is to make the following gesture: move your hand from your chin downward to mimic a beard, then make a horizontal movement as if to slit your throat. For those of you who did not get it: Cuba is only free when Fidel is gone. If only that turned out to be true. 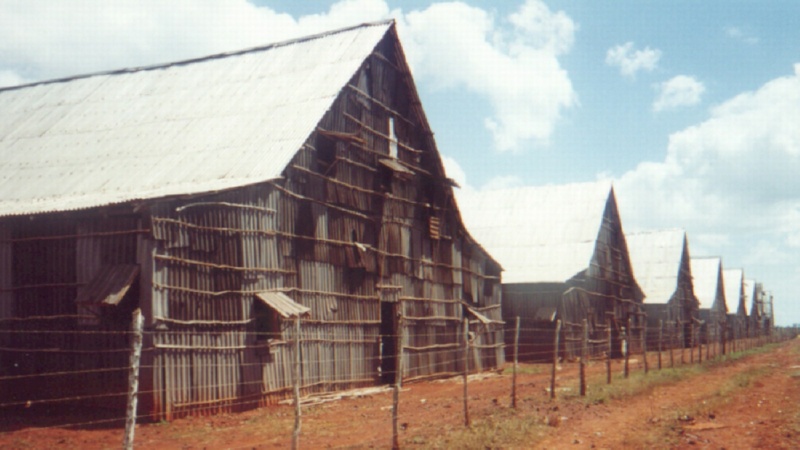 Our little day trip took us to Camaguey, the 3rd largest city in Cuba. The city had an interesting array of beautiful colonial Spanish architecture. The old automobiles that we so associated with the Cuban streets, were eye-catching. Most of these cars were imported from the USA decades before the embargo of 1961. Due to trade restrictions with the USA, no new vehicles or even spare parts could be imported for a long time. So, it was not just a matter of nostalgia for the people of Cuba to keep these vehicles rolling. They were desperate to keep the cars they had running for as long as possible.

When I was in Cuba, I spoke to a few locals, but it was difficult, as an outsider, to know if communism was 'working' for them. The ones who were working in the tourist industry seemed to be some of the 'luckier ones'. However, nowadays, it seems most of the people of Cuba are suffering due to shortages, high prices, and restricted freedom. I hope to be able to return to Cuba one day and explore most of the country while the people of Cuba have better lives.

More from the archives

If you like to read more travel stories from our personal archives, have a look at these articles: