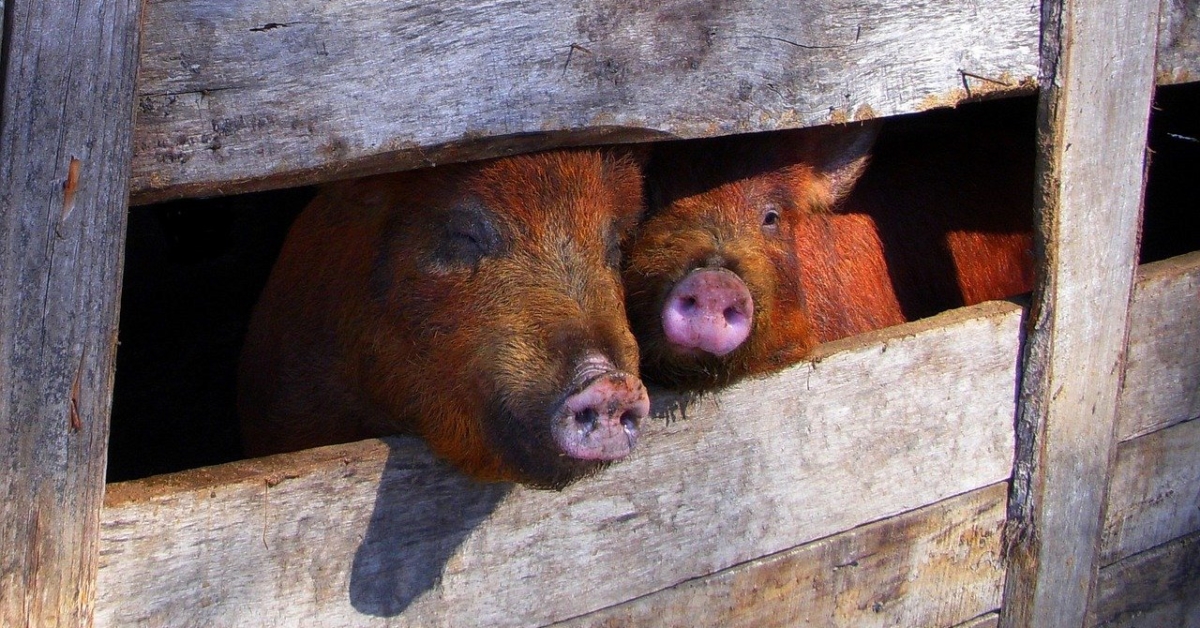 There are so many vegan documentaries to choose from. Some discuss the health benefits of a plant-based diet, some environmental issues of "livestock" farming, and others give you an inside look into the atrocities we humans inflict on animals.

I have compiled a list of vegan documentaries I think are worth seeing. Keep coming back to the list, as I will surely keep adding new gems.

Please keep in mind: some of these films contain graphic images of animal abuse and death. If you are vegan and very sensitive to violent imagery, consider skipping parts or only watch those that don't contain these images. 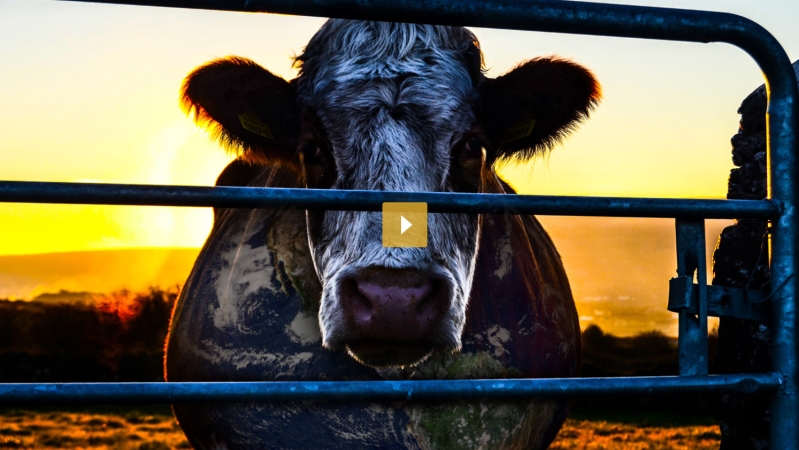 Released: 2014
General topic The impact of livestock farming on the environment.
Does it contain graphic images? Yes, there are a few graphic images and footage.
Does the film make you happy or sad? It made me really sad that this is the situation the world is in today, and it feels like there is no solution is in sight.
What did it teach me? It made me realize that everything in this world revolves around money and that many people are really selfish.

This impressive US-oriented documentary shows the impact of intensive livestock farming on the environment. Global warming is predominantly caused by livestock farming, much more so than by burning fossil fuels. Evidence from various resources shows that animal agriculture is largely responsible for the destruction of the amazon rain forest, although none of the US environmental organizations dare to say this out loud. Enormous amounts of water are used to raise animals for food, and waste from these farms causes devastating pollution of freshwater sources and the oceans. 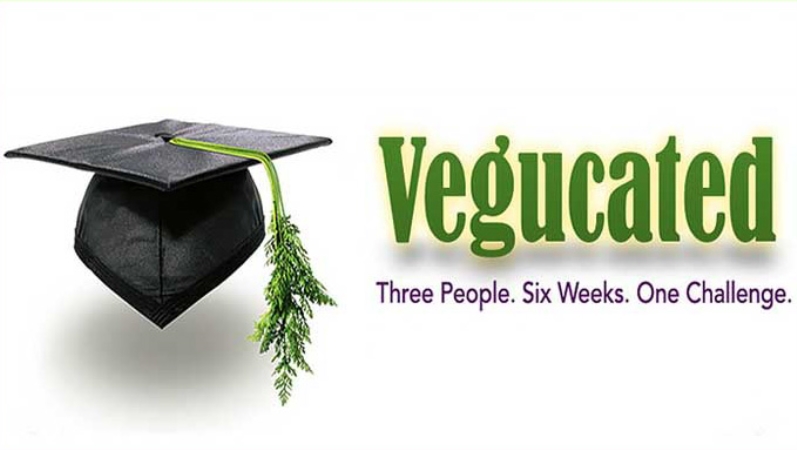 Released: 2011
General topic The health benefits of going vegan.
Graphic images? Yes, there are a few graphic images and footage.
Does the film make you happy or sad? I was sad to learn there are still so many misconceptions about veganism but also happy that people turn vegan when confronted with all the benefits.
What did it teach me? That non-vegans can become vegan if confronted with substantial amounts of animal cruelty and if their favorite, animal-based foods are also available in a plant-based variety.

In this documentary, which was filmed in the USA, 3 non-vegan people are challenged to become vegan. The film educates the audience. We learn what veganism means, and what the health benefits are. All 3 subjects turn vegan after being confronted with the health benefits (body samples were taken at the beginning and at the end of the challenge), the realization that many of their favorite foods were available in a vegan variety, and after seeing graphic images of the livestock industry.

Released: 2008
General topic A search for the source of the foods that are eaten in the USA.

Does the film make you happy or sad? It made me sad to learn that this is the state of the food industry in the USA and possibly even worldwide.

What did it teach me? That big (food) corporations have too much power, and everything in this world revolves around money instead of compassion.

A US-oriented documentary that looks at corporate farming and food production. Most of the food in the USA is manufactured by a small group of multinational corporations, who basically control the entire food industry. It contains witness accounts of people who went up against the most powerful of these manufacturers: Monsanto. Individual farmers have no chance to fight these giants and are forced out of the market.

Experts explain that there is an illusion of diversity in the supermarket, but that it is not real. There are only a few companies and a few crops involved. The main staple is corn, which is a massively grown and cheap ingredient for almost 90% of food items in the supermarket and is also used to feed animals.

Due to a lack of regulations, or because regulations are designed by the manufacturers, food safety is at risk and food poisoning is getting more common. Because these crops are mass-produced and costs are low, fresh produce is often more expensive than fast food. 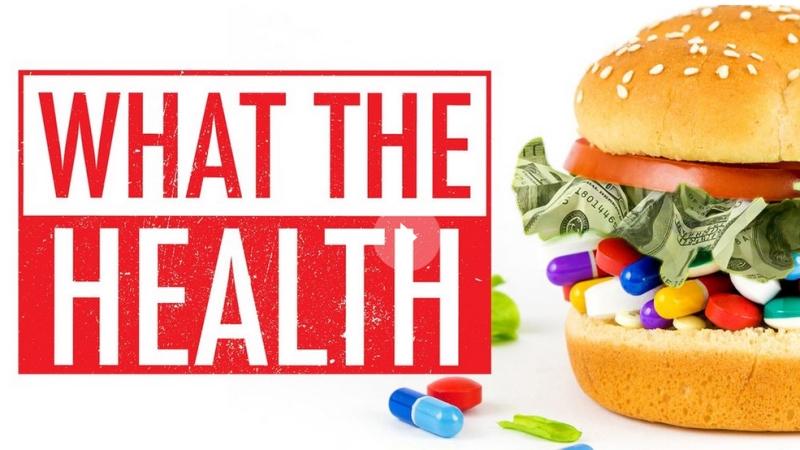 Released: 2017
General topic The health benefits of a plant-based diet.
Graphic images? Yes, there are a few graphic images of animal cruelty.
Does the film make you happy or sad? Both. It made me happy to see what you can achieve on a plant-based diet, and sad because you would think a country's health associations are there to protect your health, but it seems they are not.
What did it teach me? To be very critical of information and advice given by doctors and health associations. They may not always have my best interest at heart.

Another US-oriented vegan documentary. This one investigates the link between eating animals and common human diseases. Evidence from 800 scientific studies demonstrates a clear link between processed meat and diabetes. According to the experts, saturated fats in meat and dairy products cause plaque in the arterial lining which may lead to heart problems and strokes. What the Health is especially critical of the use of dairy products. Experts claim that dairy increases the chances of cancer, and the fact that milk builds strong bones is clearly a myth.

The documentary also tells the story of a few people who are cured of chronic diseases within 2 weeks of going vegan and of athletes who perform much better after their transition to a plant-based diet.

For a comprehensive database of vegan documentaries and more, visit VegMovies.