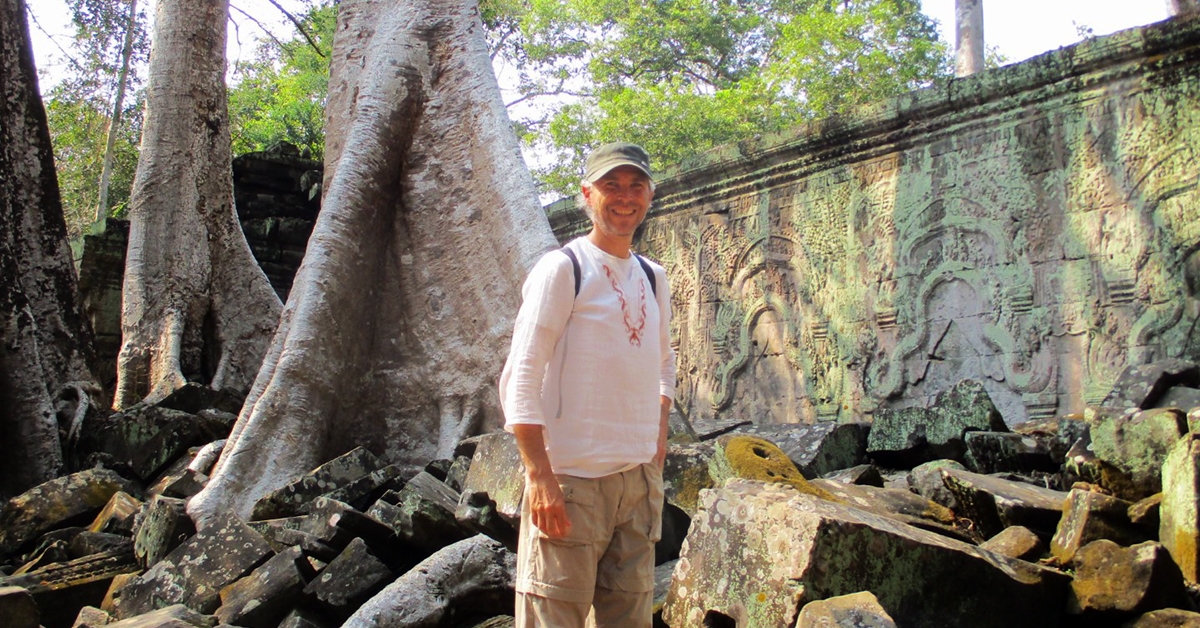 A few years ago, if somebody would have told me I would be the co-owner of a blog called On the Vegan Trail, and I would declare to be vegan for life, I am not sure I would have believed them. I happily consuming the bodies of animals and I didn't question why that was wrong or weird. I loved animals, but I did not make the connection with the ones on my plate. Four years ago, however, veganism gave me a new purpose and it has opened my eyes a lot. Most of all, veganism has extended my compassion to all living beings. I realized, being kind is not just restricted to humans. However, my "transformation" did not happen overnight. I had to learn and unlearn some things...

That all changed when I started to discover meditation and Buddhist philosophy. The backbone of Buddhism is compassion and loving-kindness. This means being kind to all living beings, not just the ones close to you. The idea is that all sentient beings are connected and part of the same energy. The more I thought about this concept, the more I realized I had to change my way of living if I wanted to live a life of loving-kindness.

I have been very lucky to grow up in a "modern" society, where I had a lot of opportunities handed to me. A lot of being are a lot less fortunate than me and can use my support. I wanted to put my new-taught philosophy of loving-kindness into practice.

Unfortunately, I did not become vegan overnight. I did stop eating 'factory' meat. I no longer wanted to be responsible for the suffering of animals for the duration of their short miserable lives, for my personal cravings. Around the time, various 'meat scandals' appeared in the news: animals were stuffed with illegal growth hormones and antibiotics, 'horse meat' sold as 'beef' and unsold meat that was refrozen. So that was it for meat, no more, I decided.

I still ate fish. Fish were not held in tiny cages and stuffed with hormones, right? I held onto that lie for a little while longer until I realized that I was wrong about fish as well. Also, how could I think fish would not mind being slaughtered (well, suffocated basically) for my dinner? Consequently, I stopped eating fish.

On the edge of becoming vegan for life

Still, I had never heard of veganism and it took a little longer to make the full transition. My wife, a health coach and nutritionist at the time, actually 'pushed me over the edge'. She watched these horrible films such as Dominion and Cowspiracy (and other must-see vegan documentaries) and read a lot about the practices in the 'meat and dairy' industry (To be honest, to this day I have not dared to watch these documentaries myself.)

After that, she transitioned to veganism quite suddenly. She asked me to do the same. At first I was reluctant to go along. I mainly did it for her and did not always see the harm in eating foods that had 'a drop of milk', a 'speck of pig's hair' or, potentially, a 'sniff of fish flavor' in them. To me, they were just using the remains of already dead animals. Little did I know how wrong I was.

"Veganism has given my life a new meaning and a new goal."

The struggle is real

Of course, it was inevitable that I would eventually become a vegan myself. I could not have picked a worse time to do this: while backpacking around the world. In December 2016, my wife and I embarked on a long journey around the world. We had planned to stay away for at least a year and we started our trip in Nepal. My wife had no doubt she would not eat any animals ever again, no matter how hard the struggle. And a struggle it turned out to be.

In my mind, the entire trip was basically one big quest for survival. We spent hours looking for vegan foods during our travels through Asia and Oceania. We didn't want to eat in restaurants that would serve dead animals: we were horrified to think about cross-contamination in the kitchen. But vegan restaurants were scarce in most parts of the world and quite often we ended up, after a fruitless search for hours in the scorching heat, being very hungry and cranky. Many times we ended up with tins, bare noodles, and some expensive bananas from the local supermarket because we had to eat something NOW! A lot of times we just ate fries at fast-food restaurants, dipping them in ketchup. To get some nutrition, we tried to supplement with fruits. As new, traveling vegans, we had a lot to learn, obviously.

I do remember that I complained a lot about "having to be vegan" at that time. It was not fun. However, my wife reminded me, again and again, that being vegan was our choice to do the right thing. Nobody was putting a gun to my head: I could stop anytime I wanted to. At that point, my wife was definitely my biggest motivator. Seeing how much she believed in it and wanted it made me want to keep on the path of veganism.

Eventually, after a while, it started to become clear to me that the 'reward' for being vegan is realizing that by choosing not to eat them, I have saved many animals from a trip to the slaughterhouse. Because of my actions, I do not contribute to the violence and harm. The many health benefits that come with not eating dead animals are only an added bonus. Who in their right mind could say no to those benefits, just because they 'want' to eat meat? I could no longer think of a reason to not be vegan. My 'vegan for life' moment was nearly there. 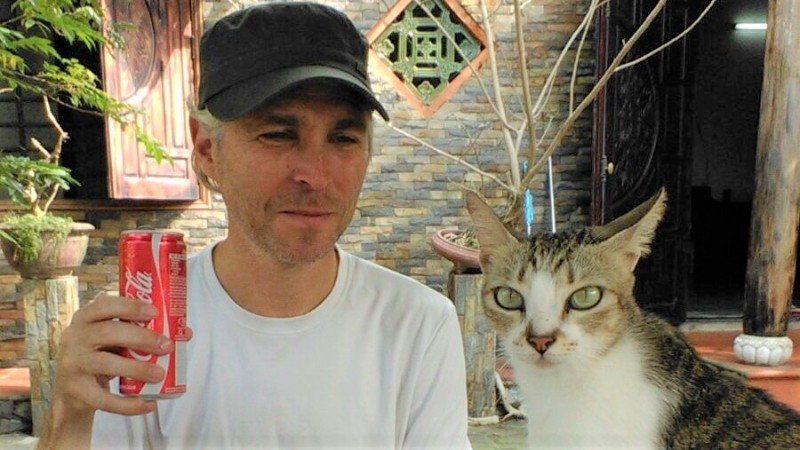 Now that we have been back in Europe for a while, in the comfort of 'my own environment', being vegan is not difficult at all. All the food I like is readily available, supermarkets are very well stocked with vegetables and 'milk' and 'meat substitutes'. The challenging bit is to find the non-vegan ingredients that the food industry does not want us to find: the hidden ingredients such as 'flavoring' and odd adding of 'milk' powder.

Surprisingly, the hardest part is not being vegan. It is experiencing how people around me and especially people close to me react when they hear that I am vegan. They suddenly avoid talking to me about food in general, because they don't want to talk about veganism and my belief that harming animals for our pleasure is wrong. I particularly find it hard to deal with seemingly intelligent people who appear not to understand the cruelty involved in eating and using animals. They not only seem unaware of animal cruelty but also the effect it has on global warming and climate change.

Being vegan has changed my view of the world. Not just how we treat other beings, but also the planet as a whole. I have become a minimalist, which goes hand-in-hand with veganism. It's all about being careful about what we have, and not using more than necessary. It has certainly made me think about how I can make my future travels more sustainable.

Many stories @ On the Vegan Trail

Sometimes, it is hard to remember that not so long ago I used to be on the non-vegan side of things. So, instead of accusing people and judging them for not being vegan, I have decided to educate and support those who are interested in learning more. Also, after the struggles I had while traveling I want to use all my travel experience to help other vegans enjoy an exciting and interesting holiday. Veganism gave me a new purpose, I have even considered how to approach my vegan funeral. I am vegan for life and that drives my choices in life, but I does not have to be a focal point in every story of my life. I have many stories to tell, join me on my vegan trail...